KISS: The Final Tour Ever

Home KISS: The Final Tour Ever

“The band requested the biggest KISS show they have ever done,” says Robert Long coproduction designer and manager of SRae Productions. “Given their past as innovators of showmanship, Pyro, and stage gags, we knew this would prove to be an interesting undertaking. the biggest request was to modernize the show and keep them relevant with today’s bigger touring productions. The overall base look of this show is very big and intimidating, which is exactly what the band wanted. I’ve been told by several hardcore fans that they are in awe of how 4D the show looks and feels to them.”

As seen in the April issue of Lighting and Sound America, KISS delivered a spectacular International tour, blowing the doors off of each venue with wild pyrotechnics, visual effects and modern tech. The icing on the cake to Look Solutions, of course was the SIX Cryo-Foggers used for their superior low lying atmospherics! Since the genesis of the Cryo-Fog machine, KISS has always relied on that specific product. Why not go out with a bang following the same protocol! KISS, your touring endeavors will forever be missed and we thank you for your loyalty. 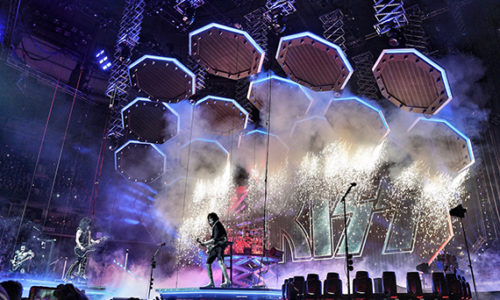 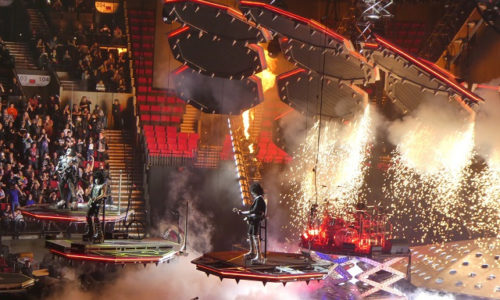 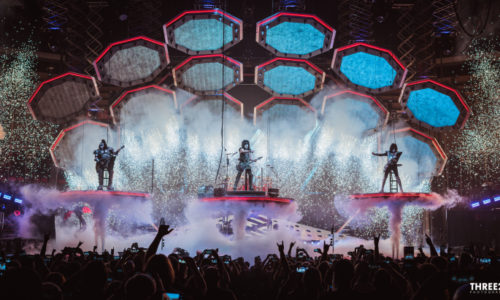 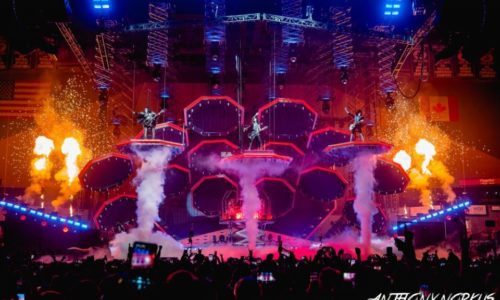 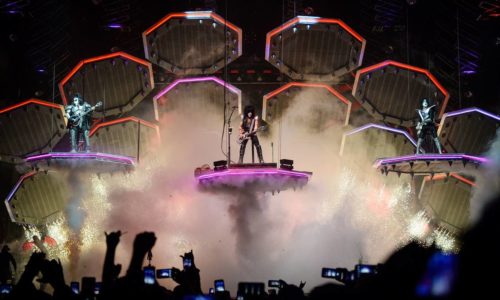 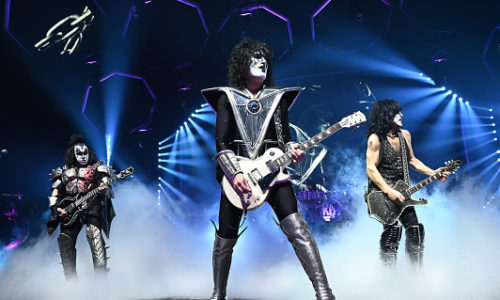 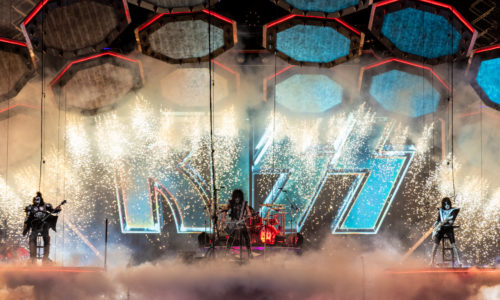